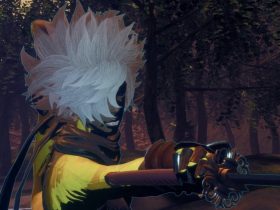 The portable home console uses “a brand-new, fresh server, separate from all other communities,” but the developer has said that it will continue to explore crossplay options.

That also means that players cannot transfer their account or characters from other platforms, as the game requires a Nintendo Account that won’t be linked to existing accounts.

“Who hasn’t imagined what their own Super Hero would look like or what superpowers they’d have? Then hit the streets of Gotham City and Metropolis and partner with the greats like Batman, Superman, Wonder Woman, or even The Joker.

“In DC Universe Online, it’s YOUR character, with the DC Universe as your playground to either protect or conquer!”

Whether in TV or Handheld mode, you will be able to experience an immersive, story-driven adventure, travel to iconic DC locations like Gotham City, Metropolis, Titans Island, and Atlantis, and fight alongside and against more than 300 DC characters.

With the chance to channel your inner hero or villain, you will create a unique, customizable character with a choice of superpowers – choosing whether to enter the DC Universe as an active force for good or evil.