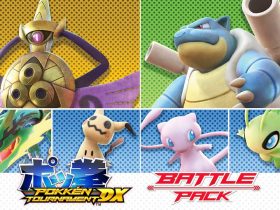 Nintendo has released a free BoxBoy! + BoxGirl! demo on the Nintendo eShop, letting you try out the brand-new puzzler for Nintendo Switch before it launches next week.

The demo is currently available to those in North America, and will likely come to other regions when the Nintendo eShop updates tomorrow.

In BoxBoy! + BoxGirl!, you play as Qbby and Qucy. There are 270 new levels to complete, with the chance for two players to work as a team to solve the puzzles that you will encounter in a new co-op mode. And, for those that manage to complete the game, you will unlock a new adventure that stars Qudy.

BoxBoy! + BoxGirl! will release exclusively on the Nintendo eShop for Nintendo Switch worldwide on April 26th.