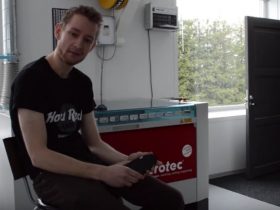 Disney Interactive has signalled a change in development strategy, with Disney Infinity 3.0 Edition to see continued support throughout the year with new Play Sets, characters and content updates to keep fans busy.

Having been treated to successive annual iterations, expectation had been that Disney Infinity 4.0 Edition would have seen release this year. But, reflecting requests from fans “to extend the life” of the Starter Packs, Disney Infinity general manager and senior vice president John Blackburn confirmed that won’t be the case.

“We value our fans and your feedback, and we’ve heard your requests to extend the life of our Starter Packs loud and clear. You’ve asked for a wider variety of content, across a wide variety of brands with each Play Set, and that’s what we’re committed to delivering,” Blackburn outlined.

“So, in 2016, we are focusing our development efforts on adding more Play Sets and characters – based on the biggest events coming from Disney this year – to the 3.0 Edition. In other words, if it’s happening at The Walt Disney Company, it’s happening inside Disney Infinity.

“Specifically, we plan to release four new Play Sets that are compatible with Disney Infinity 3.0 in 2016. While more details for each of those will be announced throughout the year – so you’ll want to keep an eye on future Disney Infinity Next webcasts – you can expect these to come from the four core brands at The Walt Disney Company: Disney, Pixar, Marvel and Star Wars. These new Play Sets will ensure that Disney Infinity 3.0 has the largest collection of content ever released inside a Disney video game.”

Disney Infinity 3.0 Edition has so far heavily leant on the Star Wars brand, delivering Twilight Of The Republic, Rise Against The Empire, and The Force Awakens Play Sets. The Marvel Battlegrounds Play Set will arrive next, seeing release this month.