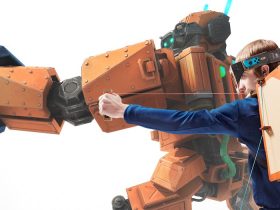 Nintendo Labo Will Become A “Staple Product” For Nintendo Switch

In the Wild West LTM, you must fight for the Victory Royale with access to a limited set of weapons in the Hunting Rifle, Pump Shotgun, Double Barrel Shotgun, Six Shooter and Minigun. There are also only five items that you can find, in the Campfire, Bandages, Medical Kits, Dynamite and Slurp Juice.

And then, Dynamite has a throw range that is shorter than standard Grenades and can be found in stacks of three. It can deal 70 damage to players and 800 damage to structures, with an explosion radius in the shape of a flat cylinder. It’s worth pointing out that once you initiate a throw, it starts a 5-second fuse that can’t be cancelled. So, remember to throw it.