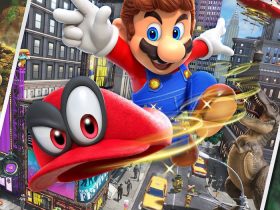 Epic Games has released a new software update for Fortnite on Nintendo Switch, changes made to the free-to-play battle royale game seeing it now on version 6.30 on the portable home console.

The extensive update has “improved lobby performance and memory usage” on Nintendo Switch, and “optimised animation performance” that now operates with a fixed time budget that dynamically adjusts quality and update rate based on load.

The headline additions are the new Mounted Turret that you can use to keep your enemies at a distance, but can overheat. And then there’s the new Food Fight Limited Time Mode, in which players are challenged to build a base, wait for the barrier to drop and then battle it out against the other team – after choosing to side with Team Burger or Team Pizza.