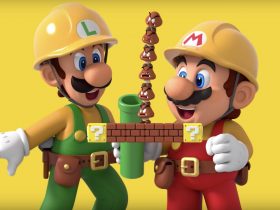 I said last year that I am no longer able to play the full version of Football Manager anymore. Not because I do not like it, but simply because I do not have the time to play it, as it is easily the most addictive game I have ever played in my life. It requires an excessive amount of time investment to get into and I, unfortunately, do not have the time for that anymore.

It is for this reason that I am really enjoying the fact that Football Manager Touch is seemingly a permanent fixture on the Nintendo Switch now. These games allow me to get a taste of the action, without completely taking over my life with its more streamlined approach. I am able to get a couple of matches in here and there and whiz through a season, whereas a season on the full version of Football Manager usually takes longer than it does to completely finish most other games. Don’t get me wrong, I want to play the full version, but I can’t, so this is the next best thing.

When you first start up a new game in Football Manager 2020 Touch, you are given the opportunity to manage a team from more than 116 leagues, spanning across 51 nations. I am not great at maths, so I don’t really want to work out just how many teams that is, so let’s just say it is a lot. What this means is there is a ridiculous amount of different challenges you can take on, given that every team has their own strengths and weaknesses, different players to choose from, objectives that they want to achieve and so on.

For example, you could start a game with a team like Manchester City, a team that has already conquered England. They have the best squad of players in the league, therefore, you are not going into a team that needs rebuilding from the ground up, nor do you need to worry about finances and looking for freebies in the transfer market. On the other side of that, looking at a team like Bolton this year, they start in League 1 on -12 points and are odds-on favourites for the drop. They have a poor selection of players for their respective league and have very little money to spend on new players. Just by picking these two teams as an example, you can see just how vast the differences are, meaning your experience will be completely different depending on which team you pick.

Similarly, the Clubs Vision feature, which is new this year, will outline any objectives that the board want you to fulfil, not just during that season, but in years to come too. So again, taking Manchester City as the example, their main requirement would be for you to win the Premier League, but maybe in the next couple of years, they want or require you to win the Champions League too. It may also say that in 5 years’ time, they want to be the most reputable team in Europe and/or the world, whilst continuing to win trophies domestically. In my PSG save file, winning the league is the bare minimum that is expected of me, so if I fail to fulfil this objective, the club will fire me regardless of whatever else happens– unless I win the Champions League, of course.

The Development Centre is also a new feature this year and this is where you can keep an eye on up and coming youth players, track their progress and decide whether or not they will ever be good enough for your first-team squad. Ultimately, you want your youth teams to be littered with players that have great potential and then see their potential realised through the Development Centre. This not only gets you better players in the future, but it also means you’re spending less money on buying very expensive, ready-made players.

All other features that were present in the previous two games on Switch also make a return in Football Manager 2020 Touch, such as a challenge mode, which gives you a specific scenario, which you need to succeed in. One of these challenges is sticking you in the middle of a season unbeaten and it is your job to remain unbeaten for the remainder of the season.

The controls are more-or-less the exact same as they were in the previous two releases on Switch. Unless I am missing something vital, it seems that you are still required to use buttons for certain things, rather than being able to solely play Football Manager 2020 Touch just using the touch screen, which you are able to do on an iPad. It seems bizarre and I am not massively against the control scheme, but I have been lay in bed whilst playing, wishing that I could just play without using any buttons whatsoever. Of course, if you play it on the TV you have to exclusively use buttons, which can be much slower, but it does work well if that’s how you want to play.

The 3D match engine runs better this year, although it is still not perfect. You can easily tell that the smoothness of the game, in general, is hampered somewhat during games, but after you have had a good few matches, you completely forget about it and it is not much of a problem anymore. As always, the audio is limited to crowd noises, so maybe have some good tunes or an audiobook at the ready whenever you play.

Ultimately, Football Manager 2020 Touch succeeds in two ways. Firstly, it allows people like me who enjoy Football Manager titles to get back into them without sacrificing all the time needed to play them. Secondly, it succeeds in being a really good football management simulator in general, one that is easily the best ever created for a console. It has enough new additions and tweaks this year to warrant a purchase over last year’s version, and it also feels a bit more feature-packed without ever straying too far into the content-heavy heights of the full-fat PC version.