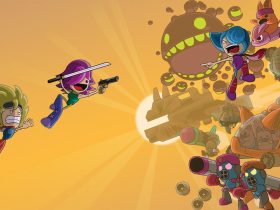 Wales Interactive and D’Avekki Studios have announced that The Shapeshifting Detective will release on Nintendo Switch next month.

Two new additions to the guest voiceovers for the supernatural-noir murder mystery FMV have also been shared.

The Shapeshifting Detective will release on the Nintendo eShop for Nintendo Switch worldwide on November 6th, priced at £9.99 (€12.99/$12.99).