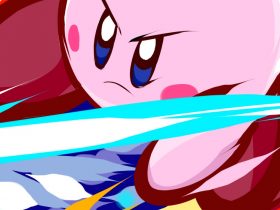 ScottGames and Steel Wool Studios have announced that Five Nights at Freddy’s: Help Wanted is now available on Nintendo Switch.

This collection of classic and original mini-games “showcases the best gameplay across the Five Nights universe,” and was originally released as a virtual reality survival horror experience for Oculus Rift, HTC Vive and PlayStation VR.

It now comes to the portable home console as a non-VR version, with the promise that HD Rumble has been used to “provide an even more suspenseful and spooky experience.”

You must survive terrifying encounters with killer animatronics, with the games being divided into groups by their origin and with increasing difficulty.

That could see you repair claustrophobic ventilation systems or troubleshoot broken animatronics, with success rewarding you with a turn on the interactive Prize Counter to unlock toys, plushies, bobbleheads and more.

Five Nights at Freddy’s: Help Wanted is now available on the Nintendo eShop for Nintendo Switch worldwide priced at £24.99 ($29.99).