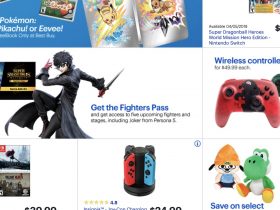 Garreg Mach Monastery has an amiibo Gazebo, where, if you scan one of Nintendo’s figures, you will be rewarded with items that will help you in the turn-based tactical role-playing game.

Those items randomly spawn around the amiibo Gazebo’s location, and will include healing items such as Vulnerary, cooking ingredients such as fish, and tea that you can use to interact with professors and students.

“When you scan an amiibo here, certain items will appear at random in the monastery in all of your save files,” Nintendo explains in-game.

Those “unique rewards” are music tracks that you can listen to in the Extras menu on the game’s title screen, or choose to hear when participating in Auxiliary battles.

The Fire Emblem amiibo each unlock a different track, which, thanks to our complete collection, we have listed out below:

Marth amiibo: The Time to Act