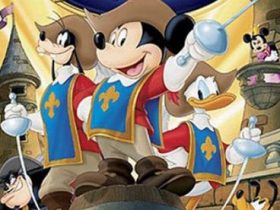 Nintendo has announced that players can expand the adventure in Fire Emblem Echoes: Shadows of Valentia with five downloadable content packs.

These will introduce a chance to explore the hidden past of Valentia, earn more gold and experience, and recruit new playable characters, and can either be purchased individually or as a Season Pass.

At £39.99 (€44.99), the Season Pass will save, those that are interested, 30 percent compared to purchasing all pieces of content on their own. As well as this paid downloadable content, Nintendo will also receive free downloadable content for a limited time that will start on May 19th.

The downloadable content schedule has been confirmed as below:

DLC Pack #1 – Fledgling Warriors Pack
Release Date: 19th May
Price: £7.19 (€7.99)
Ideal for gamers who are in the early to middle stage of the story, this pack includes a new dungeon (The Astral Temple) that allow players to collect more items, and two new battle maps – one ideal for gaining more silver coins, and the other ideal for earning more experience points.

DLC Pack #3 – Lost Altars Pack
Release Date: 25th May
Price: £13.49 (€14.99)
The mysterious dungeons included in this pack hold the power to upgrade characters to exclusive classes that don’t appear in the main game, allowing them to reach even greater heights of power and greatness.

DLC Pack #4 – Rise of the Deliverance Pack
Release Date: 1st June
Price: £11.69 (€12.99)
Discover the previously untold history of Valentia in this Prologue pack. Complete with brand new story content and additional voice-acting that details the rise of the Deliverance in Zofia, this collection of challenging maps includes new support conversations between selected heroes, as well as the ability to take command of a character players won’t be able to control in the main game.

Fire Emblem Echoes: Shadows of Valentia will release exclusively for Nintendo 3DS in Europe and North America on May 19th.