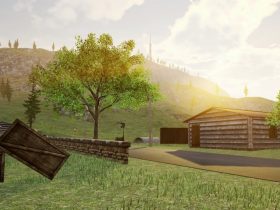 Nintendo has announced that a free Super Mario Maker 2 update will be made available this week.

This will add the World Maker mode, the Koopalings, and additional course parts for players can use when creating their own levels to share online.

The World Maker mode allows you to link multiple courses together on a world map using a path that runs from the starting point to the end castle. You can combine up to eight worlds that contain up to 40 courses, that, with the chance to customise the world map’s appearance, can be shared online with others.

The seven troublemaking Koopalings will also make a return that each has their own movement and attack pattern, which you can add to your courses. There are other new enemies that are being added too, such as the key-chasing Phanto and the wind-up Mechakoopas.

There are also new power-ups and course parts, such as the SMB2 Mushroom that transforms Mario and friends into their look from Super Mario Bros. 2 while letting them pick up and throw items and enemies.