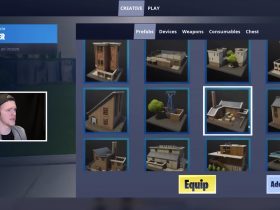 After director Hajime Tabata had strongly hinted that Final Fantasy XV-related Nintendo Switch news was coming soon, many have wondered whether it will relate to Final Fantasy XV Pocket Edition coming to the portable home console.

Final Fantasy XV Pocket Edition had been a key announcement that Square Enix had made at Gamescom 2017 – a new mobile version that contains the main characters and story seen on PlayStation 4 and Xbox One, but broken down into 10 episodes, sporting a “cute art style,” and implementing casual touch control that has been optimised for mobile devices.

When asked whether it could come to Nintendo Switch, Tabata explained to IGN: “There is certainly a chance. It’s certainly not zero. Obviously, we’d have to think about what the meaning and what the significance of bringing this to Switch would be. You know, whether people would want to play it and whether it would be the right thing to do for our team.”

However, one crucial point Tabata added is that Final Fantasy XV Pocket Edition “doesn’t actually have controller support,” meaning that it would either need to be added or the game would only be playable undocked in Handheld Mode.

Final Fantasy XV is available worldwide on PlayStation 4 and Xbox One and will see release on PC in 2018.