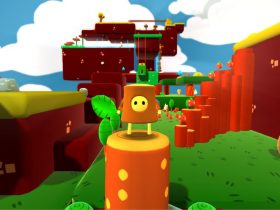 22 years after it was released, Final Fantasy VII became available on a Nintendo system for the first time this week. However, the timeless classic hasn’t landed on the Nintendo eShop bug-free.

The music loop glitch that had once impacted the original PlayStation 4 port has resurfaced on the portable home console. This issue, which had also affected Final Fantasy X/X-2 HD Remaster, results in the background music restarting after every time you enter and conclude a battle. The glitch was reportedly patched out in both games on PlayStation 4, but, for whatever reason, that correction isn’t present on Nintendo Switch.

The Final Fantasy IX port suffers from this same bug, and, at this point, it remains unclear whether Square Enix is preparing a software update to address the problem – with no communication that they are either aware of the complaints or making any effort to resolve the issue.

Final Fantasy VII is now available on the Nintendo eShop for Nintendo Switch worldwide, priced at £12.79 ($15.99).