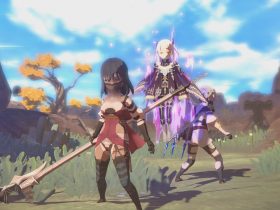 Square Enix has revealed Final Fantasy Crystal Chronicles Remastered Edition Lite, a demo version that you will be made available as a free download on the Nintendo eShop.

This will let you adventure through the first three dungeons either alone in single-player or with others in online multiplayer with cross-play functionality. Your save data can be carried across to the full game, meaning that you won’t lose your progress either.

Also, those that buy the full game will be able to host multiplayer sessions with those that have only downloaded Final Fantasy Crystal Chronicles Remastered Edition Lite. This means that with only one copy of the game, you can explore up to 13 dungeons.

The upcoming action role-playing game tells the tale of a world that has become covered in a poisonous miasma, with its people coming to rely on a crystal to stay alive.

That sees your adventure follow a young group, called the Crystal Caravans, as they set out on a journey to search for myrrh – a precious and rare liquid needed to cleanse and maintain the crystal.

The game was released on GameCube way back in 2003 and marked the first time that the series – but, admittedly a spin-off – had appeared on a Nintendo home console since Final Fantasy VI on SNES in 1994.

You can team up with up to four players in online multiplayer, and with new areas to explore inside dungeons, those that played the original game will still come across surprises.

This remastered version will introduce a new Mimic feature, that lets you take the form of characters that you meet on your journey. Whether collecting stamps, visiting Moogle Houses or conquering dungeons, you will receive unique crystals that will let you change your appearance.