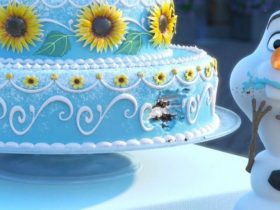 Reggie Fils-Aime, CEO and President for Nintendo of America, has stated that he feels that Apple is a far greater threat to his company than Microsoft.

“Do I think that in the near term they can hurt us more than Microsoft?” Fils-Aime said, when speaking to Forbes. “Absolutely.” Although Apple and its newly-found popularity amongst the gaming circuit isn’t the only problem that Nintendo face.

However, Fils-Aime believes that they have an edge over their competitors. Whilst the iPod Touch and iPhone are perfect to be distracted by for a short while on titles such as ‘Angry Birds,’ the Nintendo DS titles can consume far more of your time with Fils-Aime stating that he’s spent 150 hours being hooked on Nintendo’s Dragon Quest IX: Sentinels of the Starry Skies.

Being able to offer that kind of content is where Nintendo dominates, with Fils-Aime pointing out that a total of fourteen out of the twenty best selling games this generation being on the companies gaming devices. At least eight of these are from the hugely popular Super Mario series.