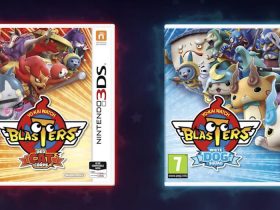 Whilst chosen as the headline release within this week’s European Nintendo Download list, Electronic Arts have confirmed that FIFA 14 Legacy Edition which they’ve crafted for Nintendo 3DS doesn’t make any improvements on previous iterations.

Instead it only introduces “updated kits and rosters,” clarifying that there are “no updates to gameplay or games modes.” Such a stance has usually been made by the company in the Wii version, so this isn’t the first time that they’ve owned up to such fact.

“FIFA 14 Legacy Edition delivers unmatched authenticity that reflects the current football season with updated kits and rosters but no updates to gameplay or game modes,” the third-party publisher’s blurb reads.

FIFA 14 Legacy Edition will be available through the Nintendo eShop across Europe on September 26th.