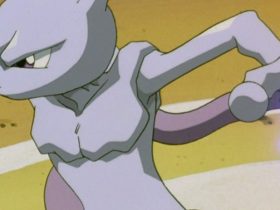 The Pokémon Company and Niantic have announced that they have once again pushed a Pokémon GO holiday event live worldwide, that will not only see the return of festive Pikachu wearing a Santa hat but introduce more Pokémon that were first discovered in the Hoenn region.

This celebration hopes to inspire players to continue to explore the great outdoors with family and friends, and will see new Water-type and Ice-type Pokémon that were seen in Pokémon Ruby and Pokémon Sapphire start appearing in Pokémon GO for the very first time.

Niantic will also make special boxes available to buy from the in-game shop, which they promise will present the best deals of the year. From Thursday 21st December – Monday 25th December, special boxes will feature items such as Super Incubators, Lure Modules, and the all-new Star Pieces – which earn bonus Stardust for 30 minutes when activated.

And then, from Monday 25th December – Thursday 4th January 2018, there will be special boxes that contain items such as Premium Raid Passes, Super Incubators, and Star Pieces.