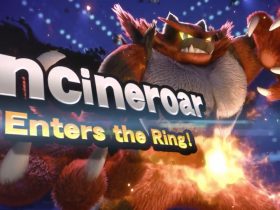 Felix has fallen in love. The only problem is the object of his sudden affection works for The Ministry of Life. Pitched as “a romantic comedy game about the life of Death,” Felix The Reaper challenges you to help the lovestruck hero as he joins The Ministry of Death as their latest recruit.

With the unmistakable voice of Sir Patrick Stewart as your instructor, your role as a Field Reaper will see you hop into a televator – a cross between a telephone box and an elevator – to be transported to your assignments in the Mortal Realm. Your goal in these missions is clear. Someone hasn’t met their grizzly end as The Ministry of Death had planned and, with the scenes leading up to their grim fate now frozen in time, it is your job to course-correct events to make sure that it happens.

Felix hopes that these jaunts to the Mortal Realm will be his chance to meet Betty The Maiden, even though other Reapers see them as an impossible match. Despite his unusual motivation for becoming a Field Reaper, thanks to your guidance you will soon discover that Felix is more than up to the job – even if his new colleagues are unnerved by the fact that he dances along to music on his Walkman while he performs his grim task.

To pass his probation – if Felix even has one – you must solve shadow manipulation puzzles. Seeing as Reapers have an aversion to sunlight, Felix must keep to the shadows as you safely move him around a grid-based area while working out where to place barrels, crates, flags and hay bundles to extend their reach.

There’s a method behind the madness, as you manoeuvre dogs, goats and carts to build up to your victim’s ultimate demise. It’s The Sun Master that is the most invaluable tool at your disposal, official equipment from The Ministry of Death that lets you change the direction from which the fiery star beams down at you from two fixed points. You need to be careful though, as punching the button at the wrong time can result in Felix being caught in the sunlight and you suffering a penalty.

The Ministry of Death measures your performance based on how much you used The Sun Master, were caught in the sun, the number of actions you made, fields that you danced across and the time that was taken. There’s always the chance to replay a level to improve your score, which will undoubtedly happen as you suss out what you need to do to successfully complete each assignment. Tick all the boxes and you will receive Skulls that will unlock access to extra Time Challenge and Hardcore versions.

While a remarkable effort has been made for Felix The Reaper to stand out from its competition, the puzzle designs can often feel too obtuse and convoluted for their own good. There’s a lot of trial and error here, and sometimes frustratingly so. There’s still that sense of elated gratification when everything starts slotting into place, but it could be said that reaching that point perhaps isn’t as achievable as it should have been

There are hints that will show you the next step to take or that can remind you of your goal in each level, but coming to rely on them or turn to YouTube for guidance on solutions seems more evident of the game’s shortcomings than anything else.

Never keeping his dancing to a minimum, the dark humour that underpins Felix The Reaper seeps into the game’s head-scratching puzzles. Who knew that making sure that people die according to ministerial plans could be this challenging, as the greatest flaw can be found in the uneven and baffling difficulty in places which comes in sharp contrast to Felix’s energetic enthusiasm for Mortal Music.