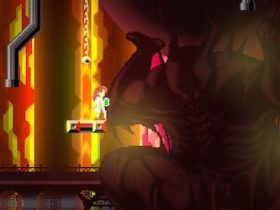 Chronicles of Teddy: Harmony of Exidus announced for Wii U

Nintendo have had their win against Creative Kingdoms reaffirmed by the federal appeals court, after a patent infringement case was brought against them.

The case, originally filed with the International Trade Commission (ITC), had sought to prevent importation of the company’s Wii Remotes, claiming that their internal tech infringed on a patent for magic wands that had been developed for use in theme parks.

The ITC ruled that Creative Kingdoms’ patents were invalid and should not have been issued, indicating that they claimed more than the company had actually invented – findings that the federal appeals court reconfirmed.

“We are pleased with the court’s determination,” Nintendo of America’s vice president and deputy general counsel Richard Medway commented.

“Nintendo’s track record demonstrates that we vigorously defend patent lawsuits, particularly when the patents are being stretched beyond the inventors’ ideas. Nintendo continues to develop unique and innovative products while respecting the intellectual property rights of others.”