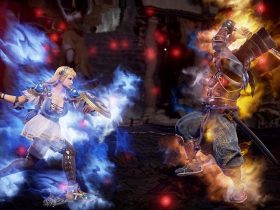 Square Enix Collective has announced that the original Fear Effect game is being reimagined for modern-day hardware, and set for release on Nintendo Switch.

That is coming from developer Sushee, who is also working on the brand new Kickstarter-backed chapter Fear Effect Sedna.

Having first seen release 17 years ago on PlayStation, Fear Effect saw players searching the dark underbelly beneath Hong Kong for the daughter of a powerful Triad leader. In a world rendered in full-motion video, players took control of one of three mercenaries – Hana, Deke, and Glas.

“As support for Fear Effect Sedna quickly built up steam, we realised how much love Fear Effect as a franchise still had amongst gamers,” Sushee founder Benjamin Anseaume explained.

“At the same time, we realised that as well as offering established fans something new with Sedna, it would be great to introduce fresh players to Fear Effect by remaking that first great adventure. Fear Effect Reinvented will capture the same spirit and atmosphere as the original game, but it’ll bring it into the present with drastically improved visuals, tweaked controls and other exciting extras.

“Fear not, however. Those original fixed camera angles will remain in place, albeit playing host to some brand new high-definition visuals.”

Fear Effect Reinvented will see release on Nintendo Switch in 2018.