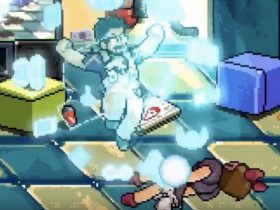 Brawl In Classic Beat ‘Em Up 99Vidas On Nintendo Switch

Marvelous has announced that Fate/EXTELLA LINK will release on Nintendo Switch, picking up where the story came to a close in Fate/EXTELLA: The Umbral Star.

Created with the same high-speed action gameplay, you can expect improved visuals and new battle mechanics in single-player and the new 4-on-4 online multiplayer mode.

The 16 original Servants from Fate/EXTELLA: The Umbral Star make a return, with characters from the other Fate series rallying to their side like Astolfo from Fate/Apocrypha, Scáthach from Fate/Grand Order and Fate/Extra’s Francis Drake.

And, Fate/stay night creator and Fate/EXTRA scenario writer Kinoko Nasu returns as supervising director, helping to create a story that continues to develop the lore of the universe.

Fate/EXTELLA LINK will release for Nintendo Switch in Japan on 31st January 2019.