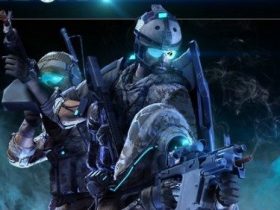 As promised, a presentation discussing the future of the Fatal Frame series was beamed across Japan earlier today.

That will involve Fatal Frame: The Black Haired Shrine Maiden (or Zero: Nuregarasu no Miko), revealed as a Wii U exclusive by Koei Tecmo producer Keisuke Kikuchi. Taking inspiration from traditional Japanese horror, it will take place around a large mountain that is situated next to a lake and scattered with graves.

Players will assume the role of Yuri Kozukata, who disovered in childhood that she had the ability to bring those that have been “spirited away” to the afterlife back into the world. You will regularly be disturbed by ghostly girls who are drenched in water, as you guide Yuri in her task – having been sent to search for someone at the mountain.

In doing so, you will be required to use the Wii U GamePad as a camera, revealing things that can’t be seen with the naked eye while also being used as some form of weapon.

Fatal Frame: The Black Haired Shrine Maiden will release exclusively for Wii U in Japan on September 27th.