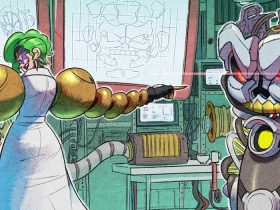 Maximum Games and Torus Games have announced that Beast Quest will release on Nintendo Switch in the coming months.

This is the first game that has been based on the best-selling children’s fantasy novels that have sold more than 20 million copies worldwide, promising to take players on a journey to save the mythical land of Avantia from ruin.

After dark magic corrupts the noble creatures of the realm, you must set out to save them. With “rich, open-level design,” you can expect to have the chance to discover ancient secrets and unlock powerful upgrades on your journey.

That quest will see you be confronted with “action-packed boss battles,” in which you must dodge, block, and counter incoming attacks while looking to deal damage with chained combos and allies.

Beast Quest will release at retail and on the Nintendo eShop for Nintendo Switch worldwide on November 15th.