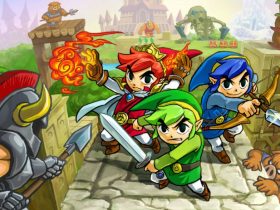 Twitch Plays Pokémon reached its grand finale last night, and now fans have turned their attention to requesting that the Obama administration consider commemorating the collaborative effort with an annual National Helix Day.

Such petition needs to receive 100,000 signatures by 31st March 2014 before the White House will even place it under consideration, with 204 signatures having been made at the time of writing.

The Helix Fossil was used on the stream’s eleventh day, resurrecting Omanyte which fans soon began to call “Lord Helix.” It later evolved to Omastar on the fourteenth day, and remained in the party all the way to the game’s conclusion when the Elite Four and rival Blue were defeated.

“On March 1, 2014 the viewers of the TwitchPlaysPokemon stream, a stream on twitch.tv, overcame great adversity to cooperatively beat the final boss of Pokemon Red Version, thus beating the game,” the petition reads.

“It took a constant team of 50,000+ people over 391 hours to accomplish this feat. They did this through a remarkable combination of teamwork and planning, and through the guidance of the Helix Fossil (an in-game item). Due to their admirable perseverance in the face of adversity, and the overall accomplishment of such a tremendous task, we ask you to acknowledge March 1st as National Helix Day.”