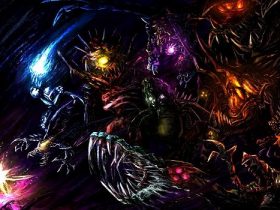 Metroid fan website Shinesparkers have announced plans to release an expansion to Harmony of a Hunter, an album created to mark the 25th anniversary of the Metroid franchise.

Harmony of a Hunter: 101% run, as the expansion will be titled, is to be a free, two-disc digital download release that will be available later this year.

It will see the inclusion of tracks that weren’t able to make the cut within the first album, as well as new ideas, and will see previous artists involved with the project return alongside additions.

You can hear a preview of the tracks set to be included on Harmony of a Hunter: 101% run below:

November 13, 2012
Do NOT follow this link or you will be banned from the site!