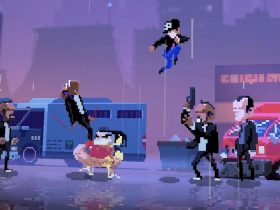 Koei Tecmo and GUST Studios have announced that pre-orders for the Fairy Tail Guild Box have now opened.

This limited edition is priced at £99.99 and comes with a physical copy of the game, collector’s box, an original illustration B2 poster, a Sorcerer Magazine Special Issue: Game Release Edition (Japanese Language), 3D character cards (3 Designs), and a special sticker set.

With the chance to build your five-character dream team from 16 playable characters, in the main game you will adventure across the Kingdom of Fiore in your quest to raise Fairy Tail to become the best guild in the region.

Fairy Tail will release for Nintendo Switch in Europe on 25th June 2020 and across North America on 26th June 2020.