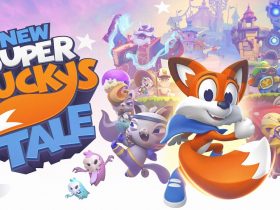 Netmarble has announced that Seven Knights will release on Nintendo Switch, a mobile RPG that is filled with heroics, adventure, and a diverse assortment of both friends and foes.

Under constant threat from the God of Destruction, the land of Asgar is in need of brave warriors who can preserve pieces. It is therefore up to you, working with Evan and Karin, to rally a band of warriors together to save the land and achieve victory.

With the chance to enlist a versatile team, players will increase the power, rank, and gear of their heroes to help them succeed in their quest to protect Asgar.

There are five modes in the game, which will see you conquer continents as you train your heroes in Adventure Mode, duel with other players to prove your worth in Battle Mode, push yourself in battles of increasing difficulty in Celestial Tower, earn rewards when you are victorious in the Daily Dungeon, or having the chance to fight alongside guildmates in Castle Rush.

Seven Knight will release on the Nintendo eShop for Nintendo Switch in 2018.