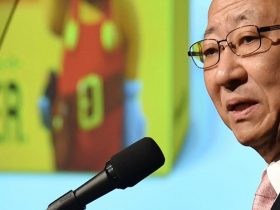 The Nintendo 3DS version of F1 2011 is due to release across the EMEA region (Europe, the Middle East and Africa) on November 25th, Codemasters has announced today.

Developed by Sumo Digital, under Codemasters’ exclusive worldwide agreement with Formula One World Championship Limited, F1 2011 is to feature all the official teams, drivers and circuits – including the new 2011 Formula 1 Airtel Grand Prix of India at Delhi’s Buddh International Circuit

Players will be able to compete across a full season, an individual Grand Prix race or in Time Trial mode. An additional Challenge mode will also see you take on a wide range of objectives including checkpoint, gate and overtaking challenges.

A range of multiplayer modes will also be included, with up to four-players able to race in a Grand Prix or go head-to-head in Time Trials. You may also team up with a friend in the two-on-two co-operative career mode.

A range of options will also allow you to tailor your racing experience, through adjusting race distance, tuning the car, choosing from a range of driving aids and selecting tyre, fuel and weather options.