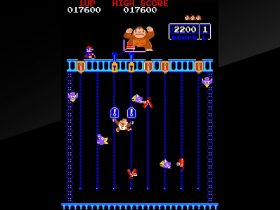 Retroism has announced that F-117A Stealth Fighter will release on Nintendo Switch this week.

This MicroProse-developed flight simulator was originally released on MS-DOS, Amiga and Mac, and now comes to the portable home console.

With the chance to “strap yourself into the cockpit of the world’s most elite fighting weapon,”
or at least it once was, seeing as the Lockheed F-117 Nighthawk was retired in 2008.

You will experience the same pressures that America’s Gulf War pilots had faced, challenging you to penetrate enemy airspace without being seen before engaging with your enemies in “treacherous” dogfights.

F-117A Stealth Fighter will release on the Nintendo eShop for Nintendo Switch worldwide on 28th May 2020.