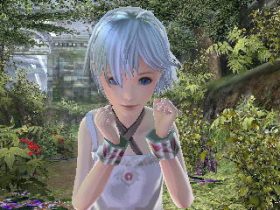 Latest Beyond The Labyrinth screenshots

It was back in March that Nintendo announced their business and capital alliance with DeNA. The news caused the company’s stock to soar by 27 percent, although we’re still in the dark as to what their first mobile game will be.

We won’t be waiting long, it seems. Kantan Games CEO Dr. Serkan Toto has shared that we should “expect the unexpected, and soon.”

DeNA had shared that they were “making announcement plans” with Nintendo in mid-August. And, in the wake of Club Nintendo’s closure, that will surely be accompanied by news regarding the new online membership service that was said to launch in autumn.

This will be the first of five games that the two companies plan to collaborate on, which are scheduled to release before March 2017.

About that first Nintendo-DeNA mobile game: Expect the unexpected, and soon.