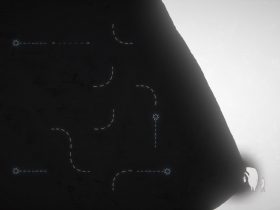 Learn To Accept Death In Arrog On Nintendo Switch This July

I went into Exit The Gungeon far too cocky for my own good. “I’ve beaten Spelunky. I got through Celeste. The Binding of Isaac is easy enough when you get into it. How hard could it really be?” I said. Oh, how foolish I was.

As it turns out, Exit The Gungeon might be one of the hardest indie games I’ve played, although it’s not always for the right reasons.

Exit The Gungeon has you trying to… well, exit the gungeon. You’ll do this by going against waves of enemies on different floors of the gungeon which are separated with boss fights and occasional visits to a shopkeeper. By playing well you’ll have the chance to get better guns and more health, armour and blanks to help you survive.

Rather than being a dungeon crawler like the original, Exit The Gungeon has you playing from a 2D angle and focusing much more on vertical movement. You can now jump and drop down from ledges for invincibility frames and the areas are smaller and linear. It’s actually a pretty interesting way of playing but the lack of any exploration elements means that it feels a little undercooked. There’s some variety in the path each character takes and how their unique ability affects things, but it’s by and large the same sort of gameplay the whole way through.

When that gameplay works, it works really well. Dodging through bullets and getting the better of enemies with blanks and smart gun-play is satisfying even if you have to die a lot to see the turn-around. Similarly to the original, there’s a very satisfying loop of slowly building up to better equipment, although luck obviously plays a bigger role this time around.

A title like Exit The Gungeon should give a hint to the game’s strongest elements – the guns. There are over 200 different guns in the game and it’s honestly worth the price of admission just to get the chance to see some of them in action. My absolute favourite had to be the “lower case r” gun which, when fired, would spell out the word “bullets” as the actual bullets. A lot of these carry over from the original, but there are some fun new ones as well.  There’s only one misfire in the weapons category. Charge weapons. In a game this fast-paced, having to charge up a shot is practically suicide. I once got an item that slowed down time whilst wielding a charge weapon and I genuinely had to just laugh about the whole thing.

Although the change from 3D to 2D might seem like the biggest difference between Exit and Enter, the real difference comes in how it handles acquiring guns. Rather than earning them through chests and then being able to keep them for your whole run, Exit The Gungeon changes your gun automatically every 10-15 seconds. To have a better chance at a better gun, you’ll need to play without getting hit and killing as many enemies as possible, which will increase the counter in the top right corner. The higher this counter goes, the more chance you’ll have of getting a powerful gun to do battle with.

Note that I said “chance”. Even if you’ve got a high number, there’s still a chance you’ll get the Alien Sidearm and want to chuck your Switch out of the window. Hyperbole aside, the frustration of not being able to control which weapon you get could genuinely be a deal-breaker for some. On the flip-side, it’s a genuinely good idea for a spin-off title and can lead to some awesome moments in the heat of things. Your mileage will depend on how seriously you want to take it.

I mentioned before that Exit the Gungeon’s difficulty can be pretty divisive. Being difficult is nothing new for the series, but how it’s handled in Exit the Gungeon can feel a little cheap. The small, enclosed areas don’t allow for much chance to move about properly which obviously isn’t great with so many bullets flying about. Combine that with the fact that you can’t make any choice in what gun you wield and there are a lot of times when Exit the Gungeon feels like it’s actively working against you. Once you know what you’re doing and have a handle on some of the bosses it can be managed more easily, but you never know when you’re going to get an awful weapon.

If you don’t take things too seriously and play Exit The Gungeon for a little bit at a time, it can be great fun and easily worth the small asking price. It’s easy to see why some fans are a bit burnt with all the changes, but as a spin-off from the original and not a full sequel, Exit The Gungeon is a neat experiment. It shouldn’t come as anyone’s first foray into the series, but for those looking for more Gungeon, it’s definitely worth checking out.