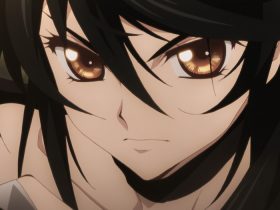 New Tales Of Game In Development

The Pokémon Company has revealed the Poké Ball Plus, a new accessory that can be used to catch pocket monsters in Pokémon Let’s GO, Pikachu! and Pokémon Let’s GO Eevee! on Nintendo Switch.

The Poké Ball Plus also has a Control Stick that can be pressed, meaning that it can be used instead of a Joy-Con to scroll menus, explore the Kanto region and battle with Pokémon.

The device, which is 48mm in diameter and weighs approximately 68 grams, comes packed with accelerometer and gyroscope sensors as well as rumble feedback and the ability to emit audio.

This will let you use motion controls to throw the Poké Ball at wild Pokémon and, if caught, the Poké Ball Plus will light up, rumble and let you hear the Pokémon inside.

You can also store a Pokémon inside the Poké Ball Plus to take it with you in the real world, and, if you gently shake the device, you will, again, have the chance to hear it respond inside.

It also has a rechargeable Lithium-ion 220mAh battery, that you can expect to take around three hours to fully charge with a USB charging cable.

And, lastly, the Poké Ball Plus can also be used with Pokémon GO in the same way as Pokémon GO Plus, in that, once connected to your mobile, will measure the distance you travel and let you know when a Pokémon appears nearby. You can press the Control Stick to throw a Poké Ball, and the Poké Ball Plus will light up and vibrate to let you know if you successfully caught the Pokémon.

The Poké Ball Plus will release worldwide on November 16th.