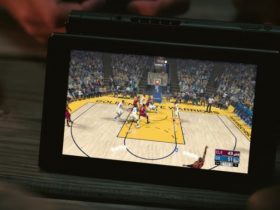 Whitethorn Digital and Matías Schmied have announced that Evan’s Remains will release on Nintendo Switch.

This mystery-thriller puzzle adventure game will challenge you to find Evan, a genius child who has been missing for years.

When a letter signed by him is received which claims that he is on an uninhabited island somewhere in the Pacific Ocean, Dysis, the girl that he specifically asks to see, is sent to look for him.

With gameplay that has combined logic-based platform puzzles with a narrative inspired by Japanese graphic adventure games, the truth will slowly be revealed as you press on with your search.

“Evan’s Remains tries to convey a strong feeling of mystery and to leave the player wondering — just what is really going on here?” explains lead developer Matías Schmied.

“Like its inspirations – Ace Attorney, Ghost Trick, Danganronpa, Yume Nikki, and many others – we hope players will feel a profound sense of satisfaction as they slowly piece together the narrative.”

Evan’s Remains will release on the Nintendo eShop for Nintendo Switch worldwide on 11th June 2020 priced at $6.99.