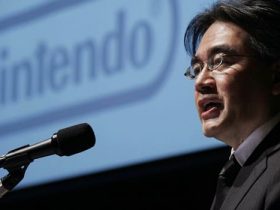 Hastily scrawling maps to chart your path through otherwise treacherous dungeons, the Etrian Odyssey series has long taken delight in challenging players to conquer their fear of the unknown.

First setting out on a wayward adventure on Nintendo DS nine years ago, it has built a passionate following that has swooned at its meticulous mapping and turn-based battle mechanics. Met with relative success, Etrian Odyssey has received successive iterations that have continued to tinker with the dungeon-crawler RPG’s antics.

While it has deservedly seen multiple sequels, ATLUS changed track with 2013’s Etrian Odyssey Untold: The Millennium Girl. An enhanced rebuild of the first Etrian Odyssey, it added a Story mode with new cinematics and recorded dialogue. Fast forward a few years, and we can now discover how Etrian Odyssey 2: Heroes of Lagaard has been reimagined in similar ways. 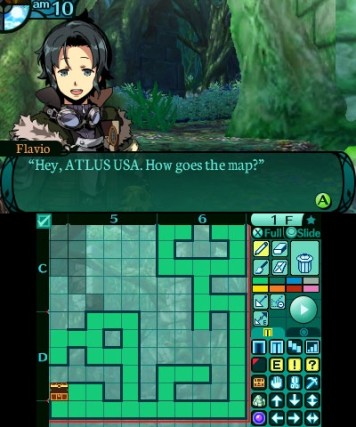 That tale revolves around the player’s hero and Flavio, hired to protect Princess Arianna as they adventure into Ginnungagap’s monster-ridden ruins to perform a centennial ritual necessary to protect the land from a malevolent evil. Recruiting the mysterious Bertrand and Chloe to your merry band early on in your quest, the narrative soon becomes riddled with intrigue as a monstrous power known as Fafnir suddenly awakens inside of the player’s character.

The assembled cast are a particularly likeable bunch, and, while the game can often feeling heavy on dialogue in places, this breathes character into the world in a way that the player can easily become invested in the experience. 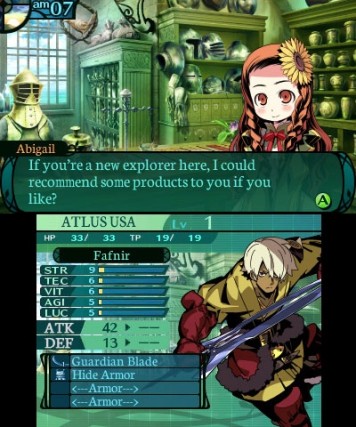 By design, the new Fafnir character class becomes the most prominent addition to Etrian Odyssey 2 Untold: The Fafnir Knight, and is far more captivating than the classes touted by the rest of your party – Sovereign, Survivalist, Protector and War Magus. Sadly its appearance is limited to Story mode, allowing players to transform into a fearsome demonic form mid-battle that empowers their character’s attributes and abilities. It can soon sway a losing battle in your favour, dealing heightened damage to the enemies that you frequently cross paths with.

Your progression circles around exploring either Yggdrasil Labyrinth and the Ginnugagap Ruins, uncovering the next narrative point to then return to the hub town to heal, restock and repeat. That rotating pattern isn’t particularly lengthy, consideration having clearly been given to portable – with Sleep Mode always there as a backup if your adventures overrun.

With bonus missions to clear, town development to plan, ingredients to gather and recipes to cook, there’s always plenty of content in Etrian Odyssey 2 Untold: The Fafnir Knight competing for your attention. That’s all topped off by some exquisite visuals, and a sauntering soundtrack that perfectly captures an adventurous mood. 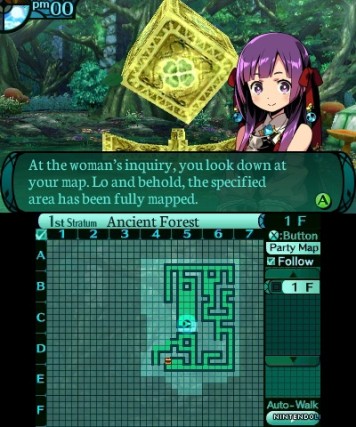 All in all, newcomers can be safe in the knowledge that they are picking up the definitive version, whereas those that have already seen Heroes of Lagaard through to its conclusion can look forward to witnessing the events surrounding the Untold tale.

Etrian Odyssey 2 Untold: The Fafnir Knight still isn’t without its imperfections, but delivers another wholesome dungeon-crawler to the Nintendo 3DS library.