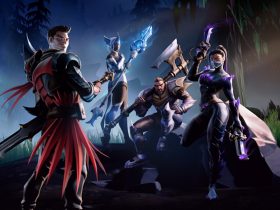 Sabec has revealed that first-person horror game Hidden will release on Nintendo Switch this week.

After waking up in a mental asylum for the criminally insane that’s crawling with the cruelest murderers, you must retrieve three keys without being killed to make your escape.

That will see you run and hide from the other inmates, using your torch to guide you in the darkness. Your sanity will deplete when an inmate is near you or you are seen by them, marking your descent into insanity that will make your vision more distorted.

Hidden will release on the Nintendo eShop for Nintendo Switch worldwide on September 20th priced at £8.99 ($9.99).