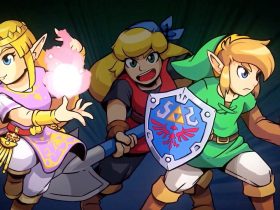 Stranded on a derelict cargo ship, you are hunted by a terrifying predator as you desperately search for a way to escape.

With procedurally generated levels, permadeath and AI-driven predators, once you are killed in Monstrum it’s game over.

Each monster has its own strategy, abilities, and weaknesses, and it’s up to you to use your wits to outsmart your pursuer – hiding from them, distracting them, and being careful not to fall into numerous traps.

Monstrum will release at retail and on the Nintendo eShop for Nintendo Switch worldwide in 2019.