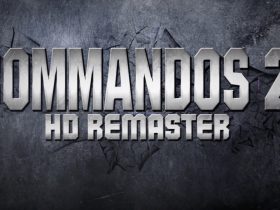 Engine Software has been revealed as the developer that is working hard to port Ni No Kuni: Wrath of the White Witch to Nintendo Switch.

“We are proud to announce we are working with Bandai Namco and LEVEL-5 to bring their classic tale: Ni no Kuni – Wrath of the White Witch to the Nintendo Switch,” the developer confirmed on their website.

The Dutch developer has helped out with other ports such as RIVE: Ultimate Edition, Monopoly for Nintendo Switch, and Little Nightmares: Complete Edition.

Ni No Kuni’s Nintendo Switch port will run in 720p resolution at 30 frames per second, whether docked in TV mode or on-the-go in Handheld mode.

From developer LEVEL-5, Ni No Kuni: Wrath of the White Witch was originally released as a PlayStation 3 exclusive back in 2011.

You play as Oliver, who must travel to a fantasy world to save his mother’s life. With his fairy friend Drippy by his side and armed with a copy of the Wizard’s Companion, he will tame familiars, topple monstrous bosses, and overcome the challenges that stand in the way.

Created in collaboration with Studio Ghibli and with music from the celebrated composer Joe Hisaishi, the role-playing game was heaped with praise on release – sitting with an 85 Metascore on Metacritic.

Ni No Kuni: Wrath of the White Witch will release for Nintendo Switch worldwide on September 20th.