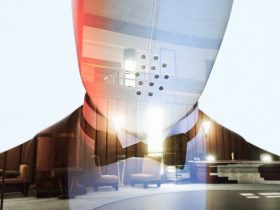 Uncover The Truth In The Spectrum Retreat On Nintendo Switch

This week’s E3 2019 Nintendo Direct presentation closed with the news that a sequel to The Legend of Zelda: Breath of the Wild is in development.

While the cutscene has hinted at the much darker tone to Link’s next adventure, it has left many speculating as to whether Zelda will be a playable character in the game or not.

However, at this point in time, The Legend of Zelda series producer Eiji Aonuma isn’t ready to provide an answer just yet.

“A lot of people have been asking that, and so I want to ask you, why do people think that?” Aonuma asked, in response to Kotaku‘s question.

To that, they replied: “Well it seems like it’d make sense, because at the end of Breath of the Wild she was freed, so now she can be a protagonist. Also, I think people have wanted it for a long time.”

To which Aonuma responded: “I see. [laugh] But I can’t tell you.”

The Legend of Zelda: Breath of the Wild is now available exclusively for Nintendo Switch worldwide.

The Legend of Zelda: Breath of the Wild Sequel E3 2019 Trailer