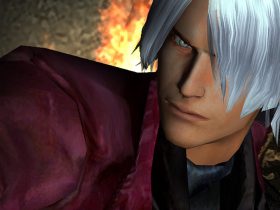 Devil May Cry Switch Screenshots Racks Up Your Stylish Rank

Chucklefish and Shanghai-based indie developer Pixpil have announced that Eastward will release on Nintendo Switch.

This adventure game with RPG elements is set in a post-apocalyptic world, where a near-future society is starting to collapse as the human population shrinks to an all-time low.

As the world around him crumbles into ruin, John, a hardworking miner, discovers a mysterious little girl called Sam deep underground in a secret facility.

After escaping from the town, this unlikely pair set out on an emotional journey to discover the strange truth about her origins and the mystery that surrounds the sinister creatures that have devoured everything in their path.

Taking inspiration from ’90s Japanese animation, the game’s world has been brought to life by a combination of innovative modern 3D lighting techniques and soulful retro-pixel artwork.

Eastward will release on the Nintendo eShop for Nintendo Switch worldwide in 2020.