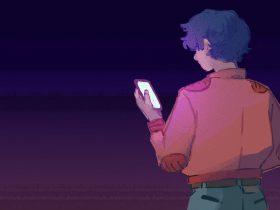 Nimble has announced that Earthfall: Alien Horde will release on Nintendo Switch next month.

This four-player cooperative first-person shooter will challenge you to fight for survival against hordes of alien drones and their masters.

With all preview content updates that have been released for the original Earthfall, that will see you battle against the procedurally generated horde across 15 unique locations, 11 campaign chapters, and five invasion maps.

There is drop-in, drop-out co-op, and, exclusive to the Nintendo Switch version, the chance to play with up to four players in local wireless.

“The ability to play with your friends anywhere – online or with local wireless play – is really going to be a fun and unique feature that works extremely well with our 4-player co-operative first-person shooter.

“Switch is a great console and Earthfall: Alien Horde is great on Switch. We hope everyone has fun taking on the apocalyptic horde of aliens and their overlords.”

Earthfall: Alien Horde will release on the Nintendo eShop for Nintendo Switch worldwide on October 11th priced at £17.99 ($19.99).