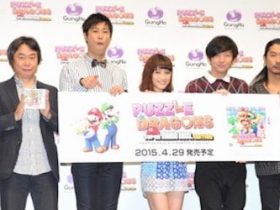 Nintendo must simply increase the Wii U install base to see third-party publishers commit to the platform, according to Electronic Arts Labels president Frank Gibeau.

“Look, the only thing they can do to fix it is to sell more boxes,” Gibeau discussed with Joystiq.” We’re a rational company, we go where the audience is. We publish games where we think we can make a great game and hit a big audience, and make money. That’s why we’re here, that’s why we have an industry.”

Gibeau was proud of what the company has already delivered to Wii U, especially with Criterion’s Need for Speed: Most Wanted.

He continued, “The Wii U, we shipped four games. We shipped Madden, FIFA, Need for Speed and Mass Effect. In fact, the last Need for Speed shipped 60 days ago had a pretty good Metacritic. It was a good game. It wasn’t a schlocky port, we actually put extra effort into getting everything to work. And it’s just not selling because there’s no boxes.

“Nintendo is a good partner and never count ’em out and all that. Never count them out, but right now we’re focused on PS4 and Xbox One and from our perspective we’ll look at the Wii U, we’ll continue to observe it. If it becomes a viable platform from an audience standpoint, we’ll jump back in.”