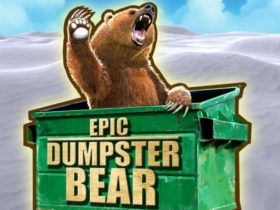 Epic Dumpster Bear Roars Toward Wii U Release In Spring 2016

Whilst Electronic Arts previously stated that they “have no games in development” for Wii U, this was a comment that they soon backtracked on some weeks later.

EA Labels president Frank Gibeau has now expanded upon this further, explaining that the company still sees the console “as an opportunity for the future.”

“We have a good partnership with Nintendo,” Gibeau explained to Polygon. “We released four games on the platform over the last year and we’re pretty proud of Need For Speed, and Madden, and FIFA and Mass Effect.

“We have guys that our looking at the Wii U in the studio system right now as an opportunity for the future, but we have no publicly announced Wii U games that we’re going to release this fall.”

It would appear that EA are waiting to see how well Nintendo are able to invigorate Wii U sales, through delivering a slate of key first-party releases during the second half of the year.