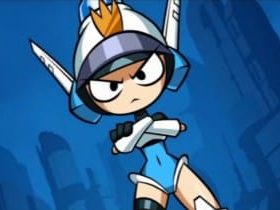 Mighty Switch Force! HD in development for Wii U

President of the EA Games label, Frank Gibeau, has revealed his belief that single-player games are dead and that ensuring that player’s can connect with each other, whether that be through multiplayer or not, is paramount. A view that he claims his fellow studio heads at EA share.

“Well, it’s not only about multiplayer, it’s about being connected,” Gibeau explained during an interview with Develop. “It’s one of my core cultural studio values to allow developers to decide more on what they want to build. And a studio’s creative call needs to be balanced against a commercial imperative, and if you look at online these days – that’s the place to be.”

He continued, “I volunteer you to speak to EA’s studio heads; they’ll tell you the same thing. They’re very comfortable moving the discussion towards how we make connected gameplay – be it co-operative or multiplayer or online services – as opposed to fire-and-forget, packaged goods only, single-player, 25-hours-and you’re out. I think that model is finished. Online is where the innovation, and the action, is at.”

With the sheer popularity of multiplayer online games, whether they be MMO’s such as the irrepressible World of Warcraft or FPS’ such as the recently released Call of Duty: Black Ops, there is no doubt that multiplayer has become a significant portion of our gaming diet.

However, do you feel that it is as important as EA are making out, or would you still prefer to purchase more single-player orientated titles?