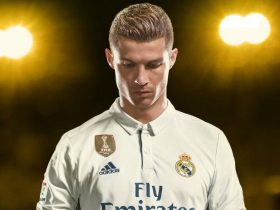 Electronic Arts have today unveiled that they are to turn living rooms into TV game show sets worldwide as they plan to release Family Game Night 4: The Game Show for Wii late this year.

The latest digital collection from the developer will include re-imagined versions of five beloved games: Connect 4 Basketball, where the first team to shoot four balls in a row of one colour wins, and Scrabble Flash, where the longer the word the better the score, Sorry! Sliders, Yahtzee! Bowling and Bop-It Boptigon. The Monopoly Crazy Cash Machine will continue to roll out big prizes to those who come out on top.

Family Game Night 4: The Game Show will offer two-player individual or simultaneous gameplay that may be tailored to the style of play in terms of length or rules, whilst also supporting Mii integration.

“Playing Family Game Night 4: The Game Show will feel like a live game show is unfolding in your living room, delivering excitement, anticipation and competition,” added Mark Blecher, Senior Vice President and General Manager of Digital Media and Gaming at Hasbro. “Innovative digital gameplay combined with the incorporation of elements that reflect The Hub’s popular Family Night Game Night TV game show will launch players from the couch to their feet to engage in a high-energy Family Game Night showdown.”

Burnout Paradise Remastered Out On Nintendo Switch This June