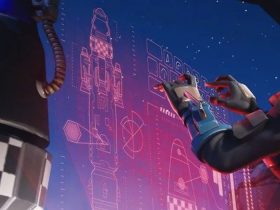 Fortnite Crack In The Sky: What Did The Rocket Do

Nintendo of America has announced that E3 2018 attendees will need to reserve play slots before the event to have the chance to play Super Smash Bros. for Nintendo Switch.

It’s a smart decision, as, in rightly anticipating that their booth will be a popular destination, these slots will let you play the Nintendo Switch exclusive mascot brawler at your allotted time without needing to queue – leaving you to enjoy everything else on the show floor.

You can choose to reserve a ticket to play against people casually “for fun,” or play “for glory” in a competitive elimination match.

For quick reference, Nintendo has broken down the reservation system to play Super Smash Bros., as follows:

“We’re always looking to improve the ways people can maximize the fun they have with Nintendo at E3,” explains Nintendo of America senior vice president of sales and marketing, Doug Bowser. “This year our focus is on the upcoming Super Smash Bros. game, and we want as many people as possible to give it a try.”