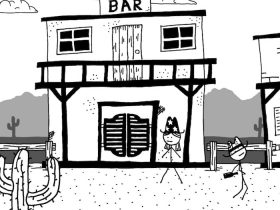 West Of Loathing Rides Into Town On Nintendo Switch Next Week

After news that Metroid Prime 4 was in development for Nintendo Switch, a question remained around the team that was handling the project.

Nintendo has now confirmed that Kensuke Tanabe is leading the project with “a talented new development team,” that are looking to bring “the action, isolation, and exploration of the Metroid Prime universe to life on Nintendo Switch.

“Metroid Prime 4 returns to the first-person adventure roots of the original Metroid Prime game and introduces a new storyline that ties together the events of the Metroid Prime universe and takes the storyline in new directions,” series producer Kensuke Tanabe explained.

Tanabe worked on the Metroid Prime Trilogy, and, since then, has been a producer on games such as Super Smash Bros. Brawl, Donkey Kong Country Returns, Chibi-Robo! Zip Lash, and Paper Mario: Color Splash.