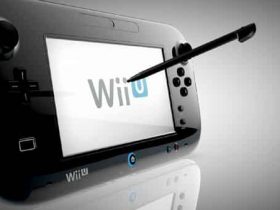 The Nintendo Digital Event is now mere hours away, so we thought that we’d try our best to predict Nintendo’s unpredictable nature as to what may be shown in today’s presentation.

So, without further ado, have a read and let us know what you’re hoping for Nintendo to discuss!

Warning! Some spoilers from leaks ahead!

Nintendo NX
While Satoru Iwata has confirmed that we won’t hear about Nintendo NX until 2016, it’s important to consider the invisible role that it will play at E3 2015.

We can assume that NX will form a significant part of Nintendo’s E3 2016 plans, so this year could be seen as their penultimate, or last, opportunity to make the loudest noise in convincing you toward purchasing Wii U without distraction. Sony may have stunned with The Last Guardian, Final Fantasy 7 Remake, and Shenmue 3, but it’s increasingly apparent that Nintendo want to aim big as they close out their releases ahead of NX’s eventual arrival.

It’s now an elephant in the room for many, but early remarks surrounding NX can only benefit fans in that Nintendo will look to keep us content and loyal as we wait to see how they’ll surprise us next.

Super Mario Bros. 30th Anniversary
The anniversary itself isn’t a surprise, but Nintendo are sure to spend time celebrating the mustachioed Italian plumber that has played a large part of their success over the years. Already pleased after Super Mario Maker‘s reception at the Nintendo World Championships 2015, I’m sure that they’ll confirm a worldwide launch date in September and commemorate the occasion by announcing a bundle with the leaked 8-Bit Mario amiibo.

But Nintendo delight in the unknown, and I wonder if they have any other surprise plans. Super Mario Sunshine’s return has been on everyone’s wish list, with similar calls for either Super Mario Galaxy 3 or Paper Mario on Wii U. If Wii U’s Virtual Console adding GameCube titles isn’t yet possible, perhaps we could even see an All-Stars package covering Mario’s adventures on Nintendo 64, GameCube and Wii?

It’s also worth noting that the Nintendo 3DS is currently yet to join in the celebrations, so I’d expect announcements surrounding a special New Nintendo 3DS XL and New 3DS Cover Plates. That, and a new portable Mario game.

Star Fox
We last heard about Star Fox at The Game Awards 2014, where, when showing The Legend of Zelda Wii U, Eiji Aonuma asked Shigeru Miyamoto how the game’s development was progressing. “Star Fox will arrive before The Legend of Zelda next year,” was his response.

Zelda’s delay will have added pressure to Star Fox’s progression in making sure that it didn’t suffer a similar fate. That said, Miyamoto has previously touched on how the series may suit an episodic release which would help stagger development over time.

Regardless, we look forward to Nintendo letting us take to the skies in Arwings once again, as well as seeing how they’ve made more use of the Wii U GamePad.

With The Legend of Zelda Wii U now delayed into 2016, placate disappointment in biding their time by delivering another remake. With the Wii U backwards compatible with the Wii Remote, and the GameCube controller for those with the adapter, I’d place my expectation on Twilight Princess or Skyward Sword receiving a graphical uplift.

Retro Studios
We’ve been met with silence about what Retro Studios have been working on since wrapping up Donkey Kong Country: Tropical Freeze‘s development.

Nintendo know that there’s demand behind Metroid’s return, with Retro being seen as “a very high priority” to build on their success with Metroid Prime.

If Samus Aran is indeed searching out new bounties, I expect Nintendo to continue to push their online services with multiplayer modes à la Metroid Prime 2: Echoes that position it being a more ‘mature’ alternative to Splatoon‘s inky wonders.

Whatever Retro Studios are working on should, perhaps even needs, to be revealed today, as Wii U continues to position itself as a great place to play Nintendo’s exclusive content.

Next Level Games
Another studio that we haven’t heard anything from recently is Next Level Games. After proving themselves with Luigi’s Mansion 2, it’s unclear what they’d move onto next. After announcing in January 2014 that they will work exclusively with Nintendo, it’s clear that their relationship remains strong. With the Mario Strikers and Punch-Out!! series under their belt, the Canadian studio have shown their diversity. But, what’s next?

The Animal Crossing Plaza was an early indication that Nintendo had already begun recreating the town’s inhabitants in HD, so we expect this has been in development for longer than we know.

Pokkén Tournament
It’s headed to Japanese arcades in July, but today we may hear confirmation that Pokkén Tournament will release on Wii U later this year. Bandai Namco’s proficiency in the genre is seeing it shape up to be incredibly remarkable, and today would be the perfect chance for them to announce new roster additions to battle it out in the arena with those already known – Pikachu, Machamp, Gengar, Suicune, Gardevoir and Lucario.

That’s already an impressive schedule and an enviable mixture of games. But this can only be built upon, with the Digital Event confirmed to cover games “launching in 2015 and early 2016.” Without The Legend of Zelda Wii U, Nintendo will now need to position big hitters to accelerate Wii U sales toward Christmas.