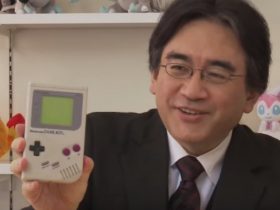 Pokémon GO Is Another Success In Satoru Iwata’s Enduring Legacy

Dreamfall Chapters: The Longest Journey will no longer see release on Wii U, with developer Red Thread Games having confirmed that it is now “a PlayStation 4 console exclusive.”

Nintendo were reportedly “very interested” in working with the indie, having approached them to propose bringing the game to Wii U after their successful Kickstarter campaign saw the project receive $1.5 million backing. Yet that wasn’t enough, now saying that the console’s installed base remains “too small.”

“At this point in time the Wii U audience is still too small and we need to focus our time and resources on one console,” the developer wrote on Twitter in response to incoming criticism over the decision.

Red Thread Games still wouldn’t deny that they plan to eventually bring the game to Xbox One, however. Considering the Wii U installed base is larger than Microsoft’s current-gen offering, we won’t say any more than that…