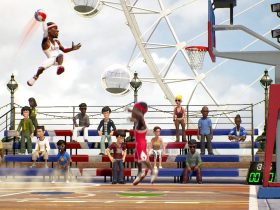 Nintendo has announced that digital pre-purchase for Dragon Quest XI S: Echoes of an Elusive Age Definitive Edition is now live, revealing the game’s file size for those planning to download the epic adventure.

From the Nintendo eShop page, we can learn that those wanting to buy the game digitally on the portable home console will need 13.8 GB of free space.