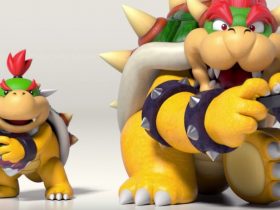 Releasing last year for PlayStation 4 and PC, Dragon Quest XI made some waves in the RPG community. Dragon Quest games aren’t particularly popular outside of Japan, but this latest entry in the series made enough of a stir to garner attention with Western audiences.

So almost a full year later, Square Enix has released Dragon Quest XI S: Echoes of an Elusive Age Definitive Edition, which is both a mouthful and includes new content and content exclusive to the Japanese-only 3DS Dragon Quest XI. Does this title live up to the hype?

In Dragon Quest XI, you are the Luminary. As the title may suggest, the Luminary is destined to save the world from the evil Darkspawn. You come of age and set out to explore the wide world, trying to find the meaning of your Luminary powers and saving Yggdrasil, the holy tree that sustains all life. 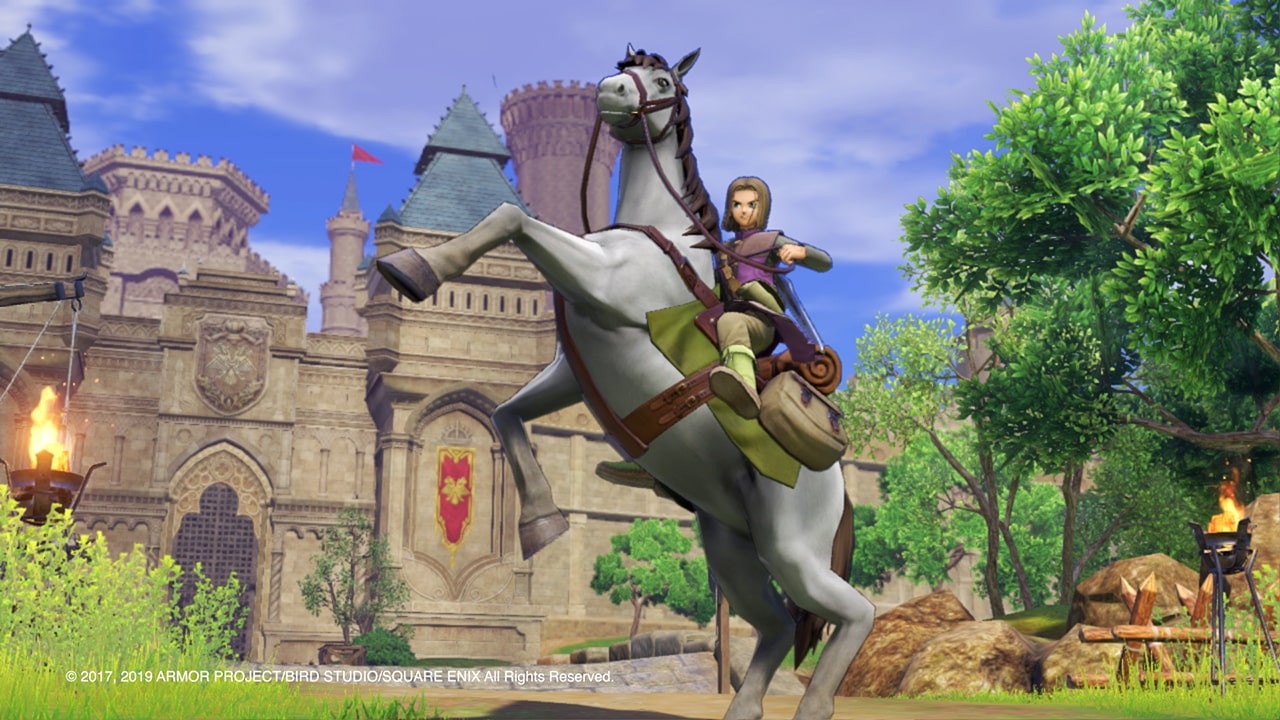 The set-up to Dragon Quest XI’s story is far from special; however, the twists and turns the story more than makes up for its by-the-numbers intro. The story isn’t just good for a Dragon Quest game (which rarely has the most riveting tales) but good for a fair number of JRPGs for this generation. Over everything else, experiencing these plot twists is what makes playing Dragon Quest XI worthwhile.

This is also backed up with gameplay upgrades to the classic Dragon Quest formula. Battles are still turn-based, but tweaks like the UI letting you know when buffs are about to run out makes battles easier to manage. If you’re playing in the right mode, you can see monsters on the field, so you can avoid and grind at your leisure. Zoom now works inside dungeons, so you don’t have to escape from dungeons before getting back to town. It all retains the Dragon Quest feel, but modernizes bits and pieces to make the game more welcoming to newcomers.

In fact, I felt the game was a bit on the easy side, for a Dragon Quest veteran. This isn’t really a bad thing, as you can forgo the grinding that was typically present in the titles. Those that know how to build their party and the right moves to use may not have any issues until the post-game final boss, however. Those that want a challenge can turn on various Draconian Quests to tweak the difficulty as needed. Some of them, such as weaker monsters providing little to no experience and them being super strong can ramp up the difficulty quickly, while other quests like Shypox sound good for masochists. 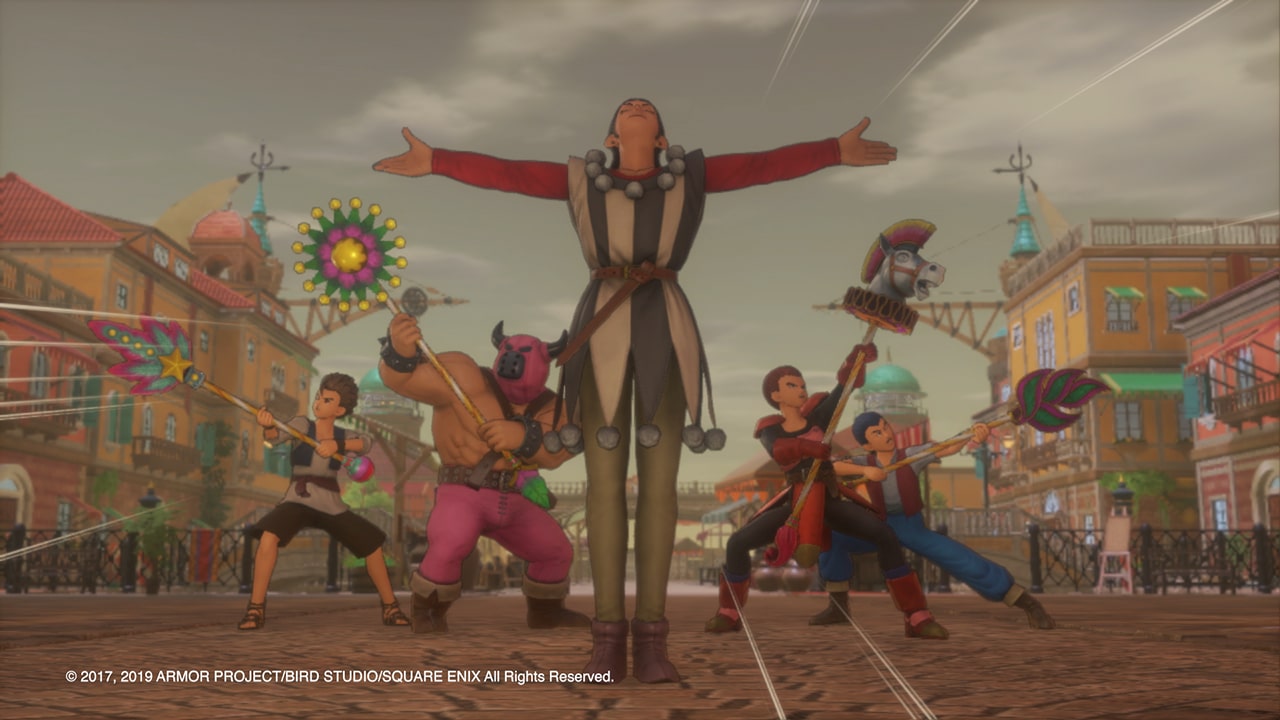 There are a couple of new Draconian Quests for Dragon Quest XI S: Echoes of an Elusive Age Definitive Edition, my favorite of which is that occasionally NPCs will say absolute jibberish. Talking to a character that’s supposed to help guide you to your next story destination often gets you someone saying really weird things instead, and it’s pretty hilarious. It doesn’t really raise the difficulty unless you’re really not sure where to go, but as someone replaying the game, I found it hilarious that an NPC was squawking at me.

Speaking of replays, since I already beat Dragon Quest XI on the PS4, I did what anyone would do–I took my Switch out of the dock, laid in bed, and played the game in Handheld mode. I’ve always preferred RPGs on handheld devices, as it’s so much easier to grind or get through boring parts of the game while watching something on the TV, and Dragon Quest XI is no exception. It’s nice to not only have the option to play on the handheld, and then pop the Switch back into the dock when needed. Graphically both 2D and 3D modes look nice enough on the big screen, but I much prefer looking at both in Handheld Mode.

Speaking of the 2D Mode, it’s one of the big additions to Dragon Quest XI S: Echoes of an Elusive Age Definitive Edition. Players can play the game with the 2D graphics from the 3DS version of Dragon Quest XI if they so wish, or stick with the 3D graphics from the PS4 and PC versions. While you can switch between the two styles, it cannot be done at any time. You can only change while at a church, and when you do change you pick a point of the story to restart from. If you change from 2D to 3D there’s a good chance you’ll need to replay part of the game. 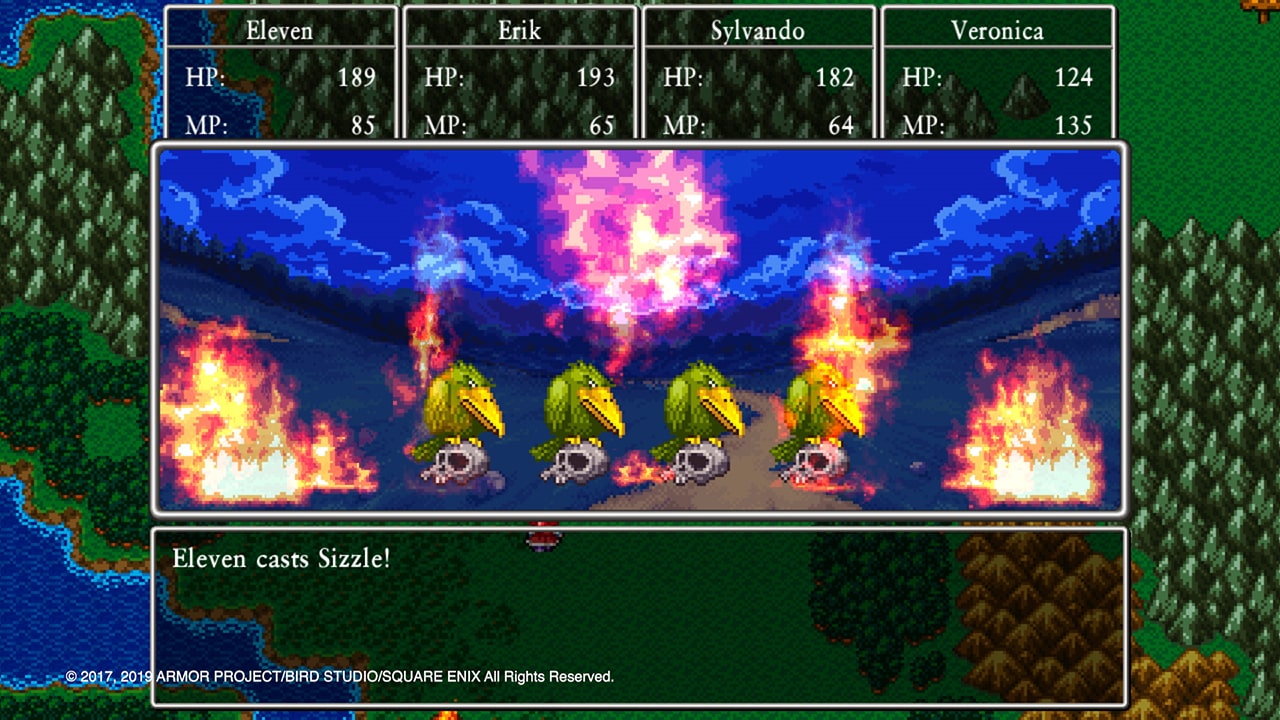 It seems odd, but it also makes sense–Dragon Quest XI S: Echoes of an Elusive Age Definitive Edition is kind of a smushed together version of both games, so it may not be possible to have them work together flawlessly. In terms of what mode is better, though, is purely up to personal preference.

For me, I found dungeons and the overworld much easier to explore in the 2D mode, in spite of the fact that battles were random encounters. However, the cutscenes really lacked the oomph that the 3D mode offered, possibly as a side effect of the super-deformed chibi graphics that would play in the 3DS version getting axed for Dragon Quest XI S: Echoes of an Elusive Age Definitive Edition. Personally, I ended up playing the game in 3D more than in 2D, but it’s hard to objectively pick which mode is better, as it’ll depend on what you’re most interested in.

Dragon Quest XI is, without a doubt, worth a playthrough. Square isn’t lying about Dragon Quest XI S being the ‘definitive edition’ either–if you have a Switch, this version is by far the best one to pick up. If you’re a fan of RPGs, grabbing Dragon Quest XI S: Echoes of an Elusive Age Definitive Edition is a no-brainer, and even if you’ve already played through the game once, it might be worth considering the Switch version for all the new additions. 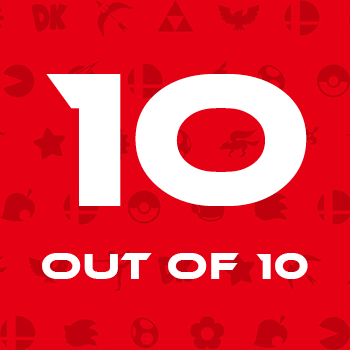 Elizabeth Henges
View More Posts
Elizabeth writes about things in her spare time, instead of actually playing video games. You can find her ranting on Twitter @gaiages, as well.